*This post is a stream-of-consciousness of my thoughts around the book. I’m not very articulate or good at summarizing books, so I don’t do that here. Just wanted to express everything I felt like saying!

“Born a Crime” was a book that hit a bit closer to home, purely because it was a book about South Africa. A country I called home and where I spent my childhood from the ages of 0 to ten.

I had only briefly watched Trevor Noah’s comedy and shows before reading the book, but never paid special attention to him or followed his work. I don’t think I will after reading this book, but it was a read that helped me grow a lot of respect for him.

Though I grew up in South Africa and attended most of elementary school there, I did not learn much about apartheid. I recall attending school with kids of all races. There were white kids, black kids, east asian kids (including me), south asian kids. As a child, I never thought too much about the fact that I was in school with people of different races, but my neighbors or my Taiwanese after school, or the restaurants we frequented did not hold the same racial mix at school. Never gave much thought to why service workers were black and white people were the ones who went to nice restaurants or lived in big houses.

Little me could have not known or registered what segregation is. Little me could not comprehend why we lived in a neighborhood where people had nice double story houses and huge yards, with tall gates and fences covered in spikes while, on the 3-hour drive to Johannesburg, we would pass by little towns of shacks and how I only ever saw black people living in these places.

Like many kids, little me was not able to comprehend clearly what racism was, and how it’s a systemic issue that has been perpetrated for hundreds of years with roots from colonialism. Anti-blackness was rampant, ingrained in my own family’s mindset, and subtly pervasive throughout most other aspects of life. Little me saw with her own little eyes that black kids hung out together, white kids hung out together, and Asian kids hung out together. She noticed we would mix sometimes at school, but when visiting friends’ houses after school, she would rarely see the same racial mix there.

Reading “Born a Crime” helped me learn a lot more about the historical and social context of the country I grew up in. I know the purpose of Trevor Noah’s book was not purely to dive into South African history, but rather it is meant to be a memoir of his own childhood as a black and colored kid in South Africa. I think it was a great feat that he was able to explain all the issues South Africa had in regards to race and social inequality mixed in with engaging, funny, and lighthearted storytelling.

One page from Noah’s book that stood out to me was when he spoke about how Asians were categorized. At some point during apartheid Japanese were considered “white” and Chinese were considered “black”. Noah made an excellent joke about how a police officer would even be able to tell the two apart, and how if the cop found out an individual was not Chinese, but actually Japanese, the cop would apologize for interrupting their day. But if the person was actually Chinese (black category) and in a space where only whites were allowed… then what?

He also wrote a lot about his own experience of being a light skinned black kid, which in South Africa at the time, he was considered “colored”. He wrote about how he was culturally resonant with the black kids, because he was born and raised with his black mom and family. But other black kids were wary of him, that is until he was able to prove himself with his knowledge of various black (& indigenous) languages and was able to show he knew the culture. He had to prove his own “in”-ness to the black kids. (Whew, he did a lot of code switching and seemed excellent at it. He could fit into all the different racial cliques at school).

Then alternatively, he also wrote about how he did not fit in with the colored kids, and how many of these colored kids were also always trying to be “less black” or “more white”. Another part of the book that stood out to me was when Noah wrote about how colored people could legally move “up the ranks” to be more white, or move down the ranks to be more “black” depending on various achievements in life related to their employment or to their physical characteristics (and how they change it; e.g. straightening one’s hair and getting the kinks out would make them more “white”).

I just really enjoyed how he told these stories and explained it. I don’t know how one can read Born a Crime and still try to justify apartheid…?!?

Anyways, my favorite part of the book was certainly how Trevor Noah wrote about and described his mom. How she was a rule breaker and incredibly intelligent (in both book smart and street smart ways). She was strong, independent, strategic, a great business-woman, and a really good mom. How she would always figure out things to do or ways to live that empowered her children, and how she did whatever the hell she wanted and did not care for conforming to what everyone else in her demographic was doing. She sounds like one heck of a cool person and became a role model figure as I finished the book.

A part that stood out to me was when Trevor Noah said he was raised like a “white kid” by his mom (but not culturally). Here’s the quote —

“My mom raised me as if there were no limitations on where I could go or what I could do. When I look back I realize she raised me like a white kid – not white culturally, but in the sense of believing that the world was my oyster, that I should speak up for myself, that my ideas and thoughts and decisions mattered.”

And even though his mom was very cool and put her kids first, she was still strict in her own way and had an excellent sense of humor. Such that she could bicker with a young and witty Trevor, and at times outsmart him (but mostly get outsmarted by him).

Though Trevor Noah’s childhood was ridden with not having enough money or privileges…I mean, it definitely sounded physically rough at times. He made it clear that he had a fun childhood and how his mom, despite not having much money, always made sure to provide food on the table (even if it was worms), books for Trevor to read, and weekend adventures going around town on free adventures going to various parks or checking out rich white neighborhood houses.

I don’t consume any else of Trevor Noah’s work but one thing is for sure — he has a ton of humility, and he learned that all through his childhood and his amazing mother. Also, he emphasized being raised around strong women throughout his entire childhood while also being around toxic and abusive men who didn’t do much (this makes up a huge part of the book too).

I appreciated his perspective about being raised around strong women a ton because it was able to communicate full self awareness about his own standing in the world as a man, and you know, full on recognition of gender dynamics in society. Trevor Noah never had to explicitly say “I respect women” for me to know that he absolutely did and that the women in his life deeply shaped who he came to be.

The book was otherwise full of light hearted storytelling about kinda really serious topics. Like Noah is a funny narrator, but he also hits very hard with some of the scary and serious moments he has encountered in life. I did tear up at some point towards the end of the book and was thinking “omg, how did you make me cry after making me chuckle so much???” And yet somehow he was able to keep the level-leaded humor throughout the entire book. It was relatable for me, because TBH that is how I process and cope with difficult topics too.

All in all. The book totally resonated in many ways. I appreciated learning about what I did about South Africa. Though I grew up there, I was living there post-1994 while Trevor Noah spent his first 10 years of life amidst apartheid. I am motivated to keep researching and learning more about apartheid and South Africa’s race, society, and culture dynamics. And am grateful for having my initial primer into learning about apartheid as an adult from “Born a Crime”.

Also, just huge kudos to his ability to break down big scary political topics into easy to understand and comedic snippets. I see his work go viral on social media sometimes, and see that he continues to carry out the hard work of breaking down social issues into bite-sized pieces and also in a very logical way. He continues to raise awareness of social issues and advocate for a more equal and just world. I hope to continue to learn from him, I hope others do too. Mostly, I hope that his work has changed people’s minds and will continue to do so.

This site uses Akismet to reduce spam. Learn how your comment data is processed. 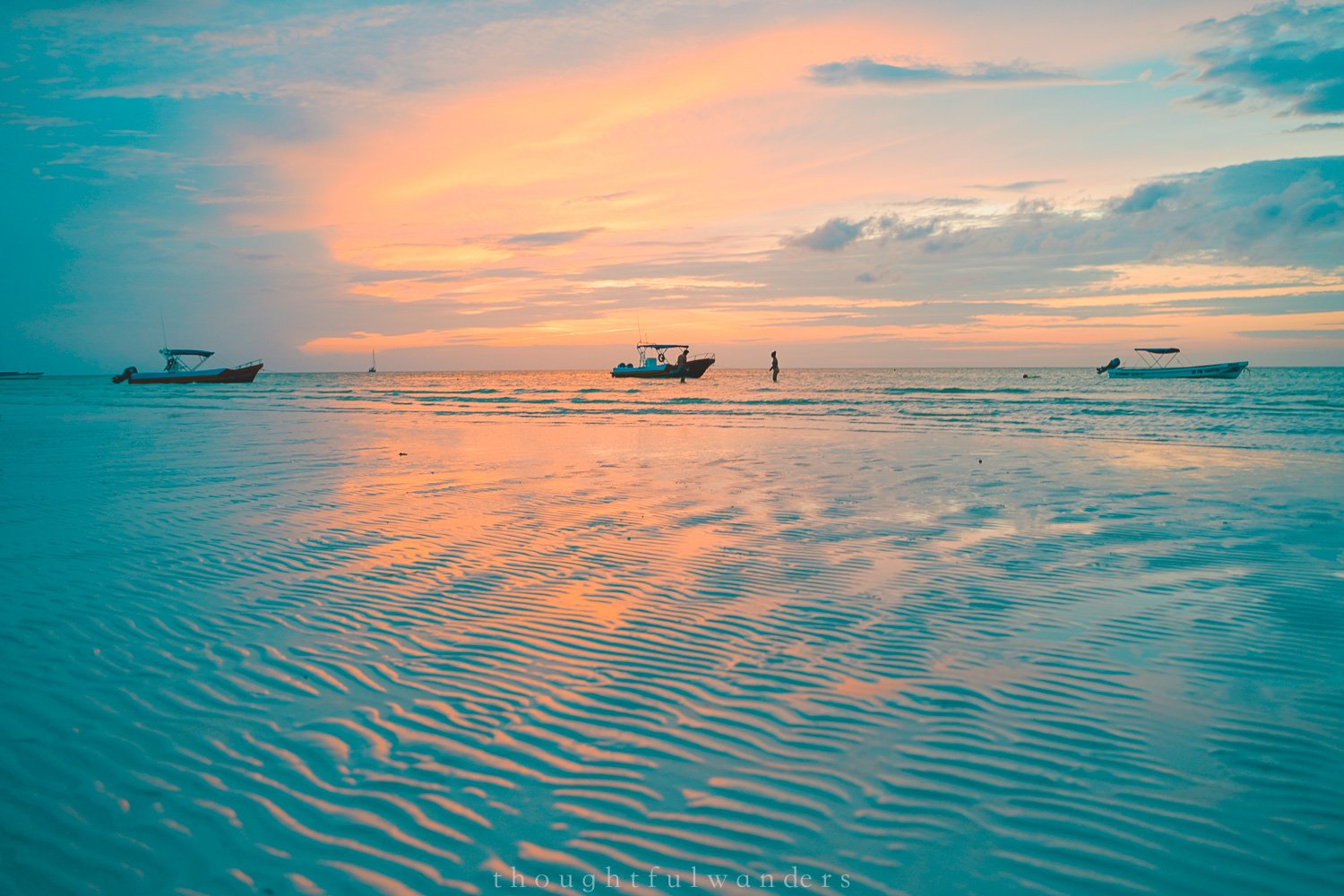 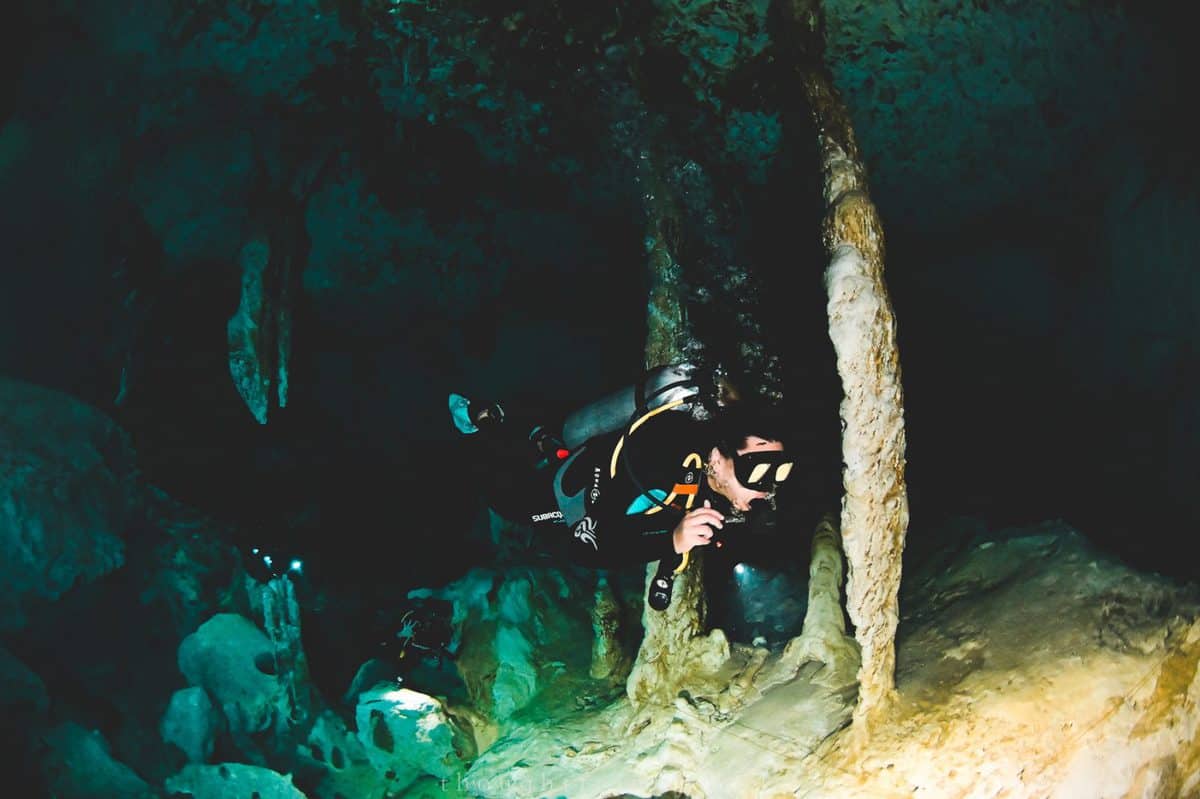 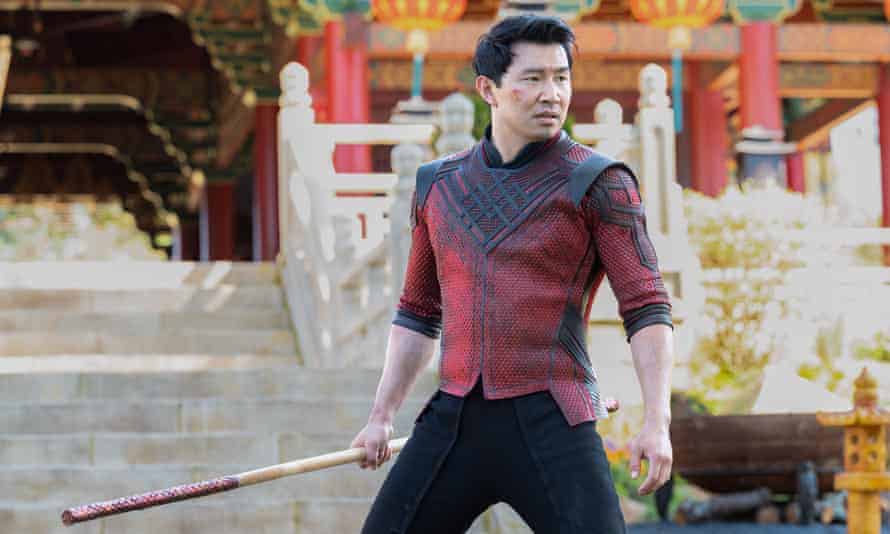 I watched Shang-Chi last night in a theater of a small Flemish town in Belgium. We had just…
0 Shares
0
0 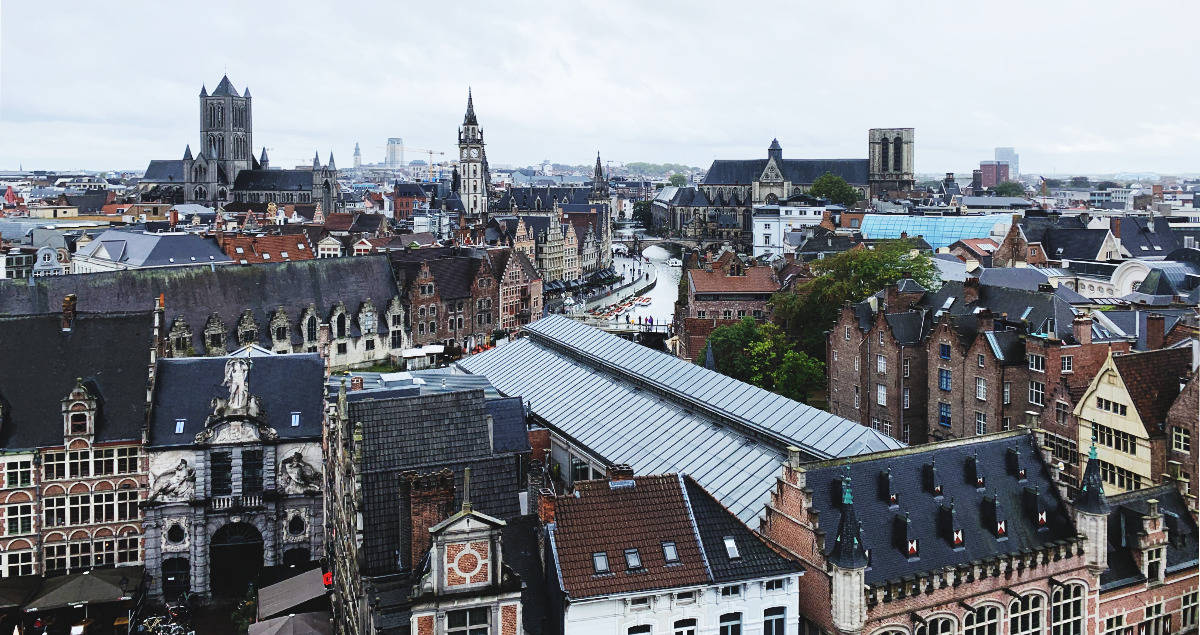 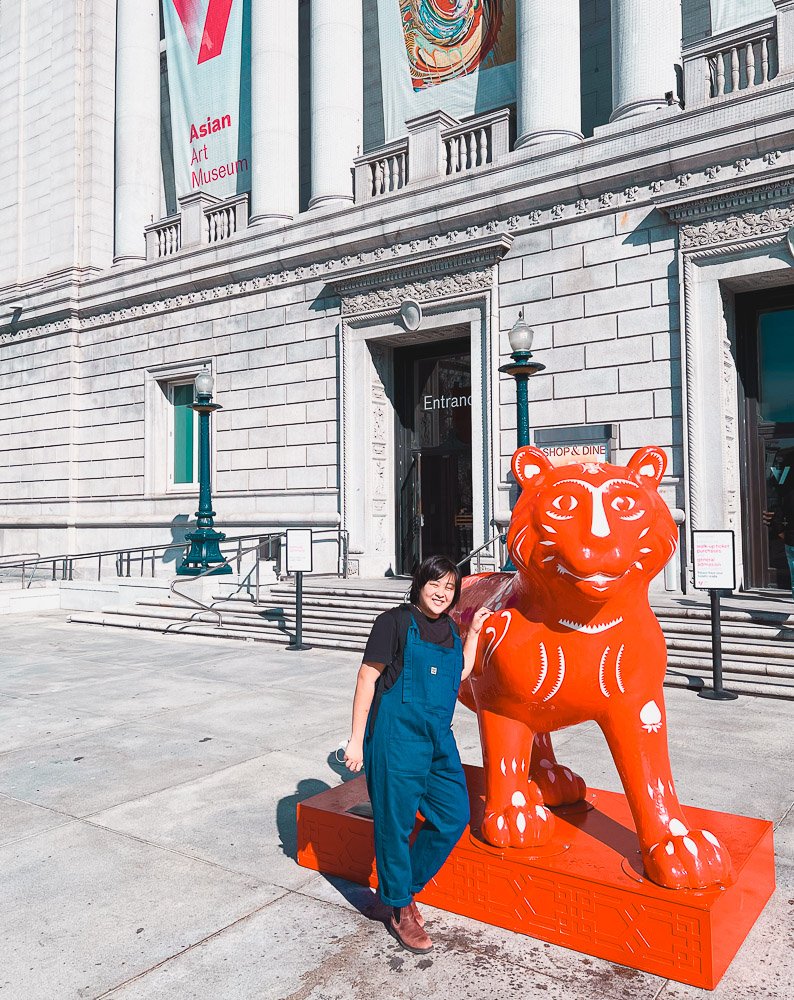 Below is a thought-ramble and recollection, photos included, of a Sunday spent in San Francisco in February 2022.…
0 Shares
0
0

When I travel to new places around the world, I am usually quite excited…

i mean, i’m a fan of @karlthefog

The sky was on 🔥 today

sharing some thoughts re: the effort it takes to make food and feed…

First time in this part of Brooklyn. It was fun to look at the buildings…

Amidst heavy happenings and dark times, nature heals ✨
Follow
Back to top